Dr. Murphy ensures that his patients are educated to understand their hearing needs and options

Hearing Loss and the Age Stigma

Many people have misconceptions of hearing loss, especially when it comes to age. People will sometimes say, “Oh, you’re getting old because you’ve got a hearing loss.” The thing is, when people have an undiagnosed hearing loss, and they have not been evaluated, they tend to exhibit the typical symptoms of someone who is aging more so than someone using hearing aids.

Often times, people with untreated hearing loss have inappropriate responses because they can’t understand what’s being said, they can’t keep up with conversation, and end up lost in any kind of social situation. Other people can’t see hearing loss because it’s invisible. When they see someone struggling to keep up, they think it is due to some sort of cognitive impairment or early dementia.

Still, people would avoid getting hearing aids because they didn’t want to look old. That’s the way it was, especially about 20-30 years ago. But now, with the advancements and medicine and technology, the perception is changing. A lot of people don’t look at it from age standpoint. They look at it from a cognition standpoint. Research has been able to show that whenever you don’t properly diagnose and treat hearing loss, the more at-risk you are for dementia. 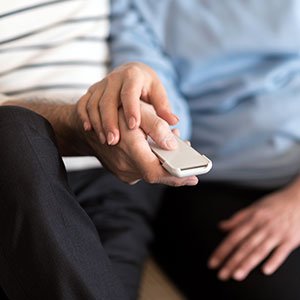 MYTH: “My Hearing Loss Doesn’t Affect Anyone But Me.”

Fact: The truth is, someone with a hearing loss typically doesn’t realize how much their hearing loss is affecting them and others around them. In fact, other people tend to notice a person’s hearing loss before the actual individual does, based on their daily interactions.

There are a few signs that indicate someone might have hearing loss; the television is turned up louder, they ask others to repeat things, they mistake some words for other words.

Ultimately, hearing loss impacts your ability to socialize. Sometimes people avoid interacting with family and friends because it is overwhelming to not understand what’s being said. 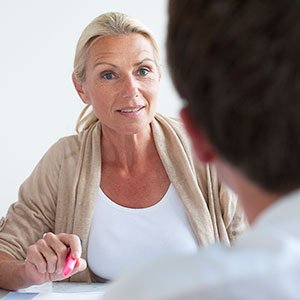 MYTH: “Once I have hearing aids, I don’t need to return to the audiologist.”

Fact: Once you are seen by a professional, you will need to come back as needed for counseling and or rehabilitation. After you get your hearing aids, you may need adjustments to the programs. Your audiologist is there to provide you with the counseling and or rehabilitation, to help you succeed in using the hearing aids. After that, you will need to see your audiologist once a year to find out if there’s any change in your ears and hearing because some changes you may not notice. 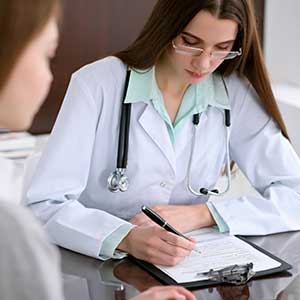 MYTH: “If I had hearing loss, my doctor would have told me.”

Fact: Your family physician won’t be able to provide that diagnosis without performing a full evaluation. You need to see a private practice audiologist and get a complete audiological evaluation to determine exactly what’s going on with your ears and hearing.

Delaying a Hearing Test is to Deny Hearing Problems

The old saying, to delay is to deny is never more applicable than a person who should be considering the pursuit of better hearing. Some may make time for cleaning out a closet, organizing the garage, ridding the basement of excess stuff, completing paperwork, or addressing neglected chores. However, people with hearing problems will deny it and put off making the time for a hearing test.

This is Your Moment

For better or worse, our lives change in an instant. Whether those changes are something we make or have been thrust upon us, we adapt and move forward. These moments can be a new life, a death, an accident, a planned move, a new venture, unexpected news, or an idea....