Often as we walk through life, there are times when we have a sudden and striking realization. This occurrence allows a problem or situation to be understood from a new and deeper perspective.

Essentially, we have a personal epiphany. A new and key piece of information or depth of knowledge allows us to take a leap of understanding. Or perhaps review of philosophical literature helps us to grasp a certain concept.

I’ve mentioned before that I learn a great deal from my patients. Some have their minds made up to acquire amplification if the results of an audiological evaluation show a hearing loss, but others need time to ponder the test results and recommendations before venturing down the road of better hearing. The latter group is the focus of this article. 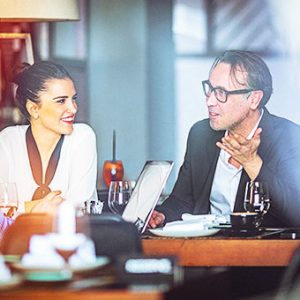 Many years ago, during the first year of my practice, I evaluated a gentleman who was a candidate for binaural amplification. At that time, he did not feel any urgency and said he wanted to think about it. Three years later, he contacted me and said he wanted another evaluation. The results and recommendations were the same: a bilateral hearing loss requiring binaural amplification. I asked him why he took so long to think about amplification. He said that he and his wife rode with another couple to New York City, had dinner, took in a Broadway show, and returned home later that night. He then proceeded to detail his inability to understand anything said to and from New York in the car, at dinner, or during the show. He felt that he had wasted $300 and called me to help him. 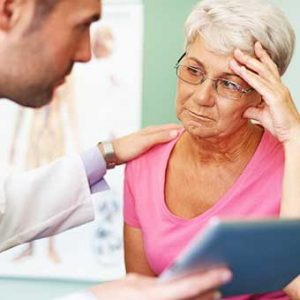 In another case, I saw an older female who had battled chronic and acute ear infections in her childhood and teen years. As she progressed into her 20s and 30s, her hearing loss became early-onset sensorineural in nature—essentially nerve deafness. Over the decades, she endured the fatigue associated with attempting to listen harder. She would apologize and ask people to repeat when she did not understand. Through it all, she resisted getting fitted with binaural amplification. The turning point came when she sought medical help from a neurologist for a cranialvascular insult. In speaking with this professional, she stated that she had a difficult time understanding what he said and asked him to repeat it. His response was to tell her she was stupid. That episode was the trigger for her epiphany to seek an audiologist for an evaluation and be fitted for hearing aids. A light had gone on for her. She realized that, since hearing loss is an invisible handicap, others viewed her as mentally deficient or dealing with dementia. So she was spurred to act and make a positive change in her life.

I’m sure you may have experienced something similar or know of someone who has. There is no need to suffer needlessly with the fatigue, low self-esteem, and continual receptive communication difficulty related to hearing loss. Now is the time to take the first step toward better hearing. Contact a private practice audiologist for an appointment today!